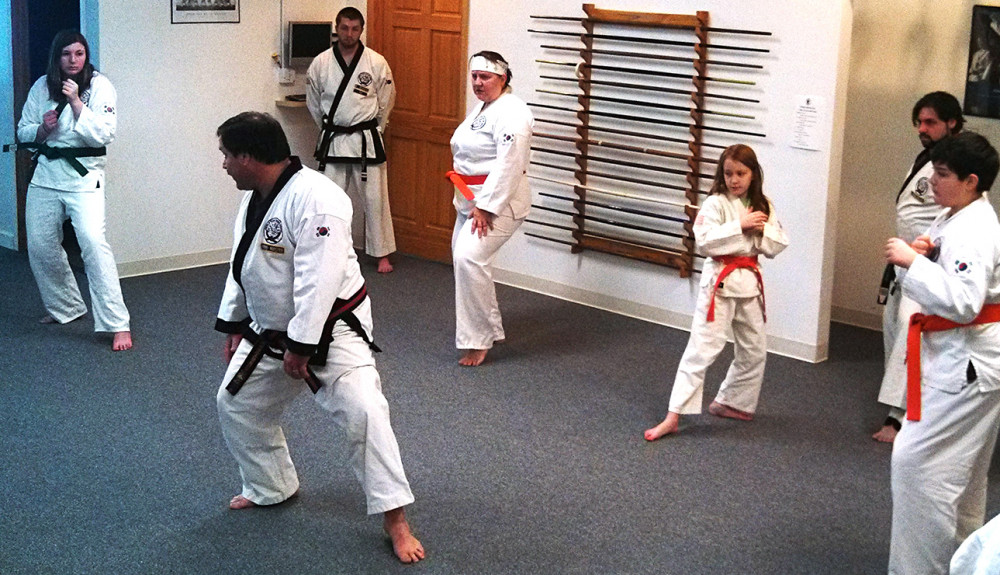 Tang Soo Do (당수도) is the Korean pronunciation of the Chinese characters 唐手道 (Tang Shou Dao). "唐" refers to the Tang Dynasty of China and the shared culture between China and Korea, "手" is the Chinese character for hand, implying fist or punch, and "道" translates as "path" or "way." Tang Soo Do is the Korean classical martial art influenced by the T'ang method of martial art.

Roots of our art can be traced back to the sixth century in murals and paintings found inside tombs on the Korean peninsula. Developed as a fighting art throughout the centuries, many of the techniques that we use and teach today were documented in the Muye Dobo Tongji (무예도보통지) in 1790 by Yi Deokmu (이덕무, 1741-1793) which was an illustrated manual of Korean martial arts.

After the Japanese occupation of Korea (1909 to 1945) restrictions on practicing martial art forms were lifted, and several schools were created. These schools have been called the "kwans" in reference material. One of the "kwans" was the school developed by Hwang Kee called Moo Duk Kwan. Master Hwang Kee organized the "Korean Soo Bahk Do Association" November 9, 1945.

Master Jae Chul Shin, one of Hwang Kee's students, travelled to the United States in 1968 as a representative of the Korean Soo Bahk Do Association. He formed the United States Tang Soo Do Federation which soon expanded across the country and to other countries of the world. In 1982, the organization was restructured to fit the needs domestically and internationally and a charter convention was held for the World Tang Soo Do Association on November 13-14, 1982. Master Jae Chul Shin was recognized as the grandmaster of the association.

The association proclaimed mottos of Traditionalism, Professionalism, and Brotherhood. Many martial artists around the world who had interest in the Art rather than sport-orientated drive flocked to the WTSDA. The association continues to grow and develop each year with new students, instructors and masters.

Tang Soo Do at RMA

Our Tang Soo Do programs are headed by Justin Koivisto with the close assistance of our certified black belt instructors. Resurgence Martial Arts is a certified studio through the World Tang Soo Do Association and adheres to the guidelines and requirements set forth by that body for all instruction and promotions. RMA is part of the WTSDA Region #3 and attends regional events held by the group.

The lineage for tang soo do at Resurgence Martial Arts is as follows:

Member Studio of the World Tang Soo Do Association Region #3