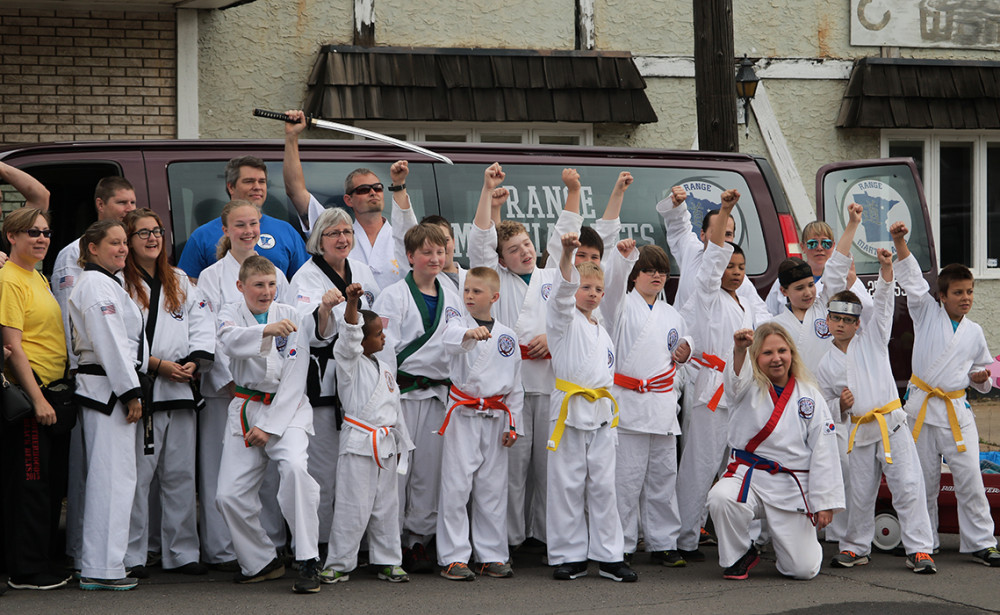 Our history starts off with a man in the early 1980s teaching karate classes when his instructor retired from the program. Mr. Steve Yukich taught classes of around a dozen students for several years in Buhl, MN in the school gymnasium and upstairs of the Buhl village hall. His students consisted of his own children and several others from surrounding communities - including a young Justin Koivisto from Chisholm.

Mr. Yukich officially opened Range Martial Arts on June 1, 1989 located in a small place on Lake Street in Chisholm, MN. During the next fourteen years, the school grew slowly, and many students from the surrounding communities had come and gone. Among those students were some that later became instructors for the school who are still training somewhere today: Bryan Fagerstrom, Ian Larson, Ramona Wickstrom, Justin Koivisto, Sean Argir, and Scot Bennett.

In 2003, Mr. Yukich and his family were bound for Texas. Mr. Bryan Fagerstrom took over the business and charted a course for school growth and service to the community. The school moved across the street and down the avenue a few hundred feet away into a larger building. Many more students had come and gone with a peak enrollment of around 45 students. More of these students-become-instructors can be found active in training: Gail Fagerstrom, Dorothy Sandness, Rebecca Ekmark, and Ryan Bennett.

On October 10, 2016, the doors for another location were opened in Virginia, MN. Justin Koivisto along with two other instructors started Range Martial Arts East in an effort to grow the school and expose others to the school and the martial arts. The school was opened in the Thunderbird Mall (later renamed to Uptown Virginia) and continued to grown and serve the eastern communities of the Iron Range.

2020 hit the school hard with the COVID-19 pandemic and events leading up to it. A back injury of the head instructor, government-ordered shut downs, precautionary measures for the health of students and instructors, ineligibility for disaster relief grants, and the loss of many students and jobs in the area eventually caused the permanent closing of Range Martial Arts in Chisholm on June 1, 2020 - 31 years to the day after its opening.

Range Martial Arts East quickly adapted to online class sessions, making many mistakes along the way, but still being able to provide students with engagement and camaraderie through video conferencing. After a number of set-backs and support from Uptown Virginia and Range Martial Arts, the location was able to survive in its location. Classes over the next several months would be held via Zoom video conferencing, outdoors in Olcott Park in Virginia, outdoors in a park in Chisholm, and even some classes at the school itself when allowed by state restrictions.

In late December of 2020 came the announcement that the school would be changing its name at the end of the current curriculum season. Mr. Koivisto took over the business and continues to serve the communities of the Iron Range as Resurgence Martial Arts.

This is where we are now. Join us for this new chapter in our school's long history. Come take on 2021 with a new energy and surge forward with us! Come find your resurgence at RMA!