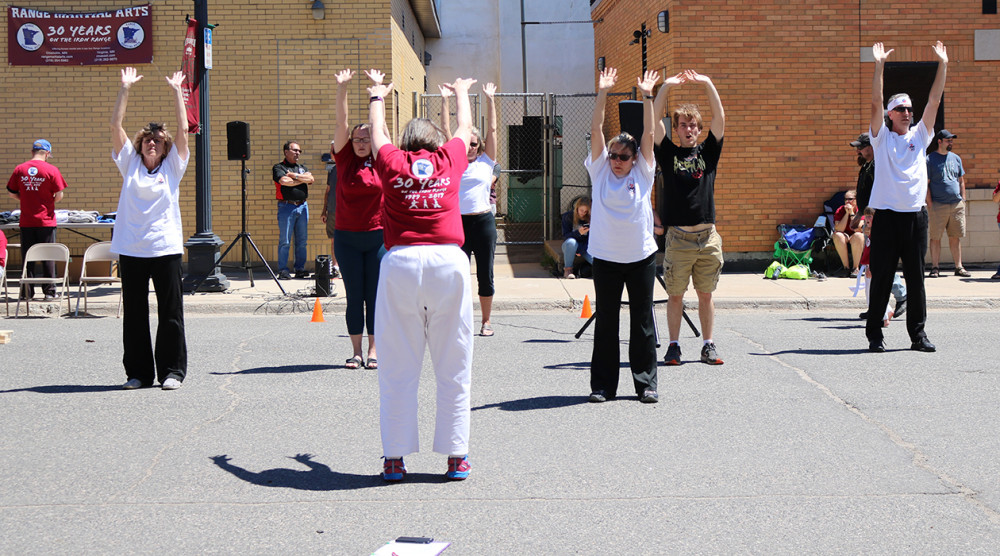 There are many stories as to where and when Ki Gong (in Korea, Qi Gong in China) began. It is generally felt that it was about 5,000 years ago when someone saw a mother rub her child’s knee after he had fallen on it. Once she gave it a rub, the child was off to play again. The observer wondered why the rub was so effective and began to explore and experiment with the rubbing idea. It has evolved into many and varied series of exercises.

Ki is universal energy and flows through every part of nature - from the sun, into the air we breathe, through the plants and animals and into the earth and around again. The process of developing and using the Ki is called Ki Gong. Anyone can learn how to use the exercises - no matter your age, ability or health. Many Ki Gong exercises can be done by individuals who are bedridden, or those who use a wheel chair, or those who simply want to help prevent herself or himself from injury or illness. There are exercises to improve circulation, to improve balance, to combat the symptoms of arthritis, to ease physical or emotional pain, to massage and improve organ performance, and many more.

Breathing is one of the most important components of Ki Gong exercises. Proper breathing can increase oxygen in the blood, massage organs, improve posture, aid in circulation, and help relieve stress. These benefits can lead to other benefits which ultimately lead to a healthier body.

Grandmaster Jae Chul Shin introduced Ki Gong to members of the World Tang Soo Do Association many years ago. He organized and established the World Ki Gong Club for the purpose of spreading Ki Gong knowledge and developing a system of advancement for its members.