Mr. Koivisto has trained in Tang Soo Do with the Range Martial Arts school periodically throughout his life. He trained under Mr. Yukich in the 1980's when he was very young, then again during high school in the early 1990's. The first class was in the summer of 1985 when classes were held in the Buhl school gymnasium. During those times, Mr. Koivisto learned and developed many important philosophies to help him throughout the life challenges that awaited him. Through his training, Mr. Koivisto would forever hold a higher standard for his work and feelings of accomplishment. He learned perseverance and knew that the things he set out to do could be reached with hard work and determination.

Over the years between his training sessions (1996-2007), Mr. Koivisto would occasionally stop in to the dojang and see what was going on in classes. With work and family responsibilities, his schedule didn't allow him to participate, but the desire to formally train had never left. Eventually, schedules changed, and with his latest return to classes at Range Martial Arts in October 2007, he brought a new generation with him to train in the art of Tang Soo Do. Mr. Koivisto had many new struggles to overcome in his own training, but was eager and enjoyed teaching not only his children, but all members of the school.

After nearly seven years of active training, teaching and learning over the past 24 years, Mr. Koivisto successfully tested for his black belt in September of 2009. He was promoted to second dan black belt in October of 2012, and again in November of 2016 for his third black belt rank. As a World Tang Soo Do Association certified black belt instructor, he finds pleasure in teaching as an example of what hard work and perseverance can help you achieve. He attempts to help students by showing them new ways to look at techniques or philosophies that may be difficult for them in a way they can understand.

In 2012, Master Koivisto started teaching Haidong Gumdo classes at Range Martial Arts to a small group. Over a few months, a program developed within the school and was eventually offered to other students. He has been training under Chief Master Robert Frankovich as part of Midwest Haidong Gumdo and Headmaster Jeong-Woo Kim, President of Education and Headquarters dojang Head Instructor for the World Haidong Gumdo Federation. Master Koivisto most recently tested for his 4th dan rank in May of 2019.

Master Koivisto brings all the experience from training and teaching Tang Soo Do for so many years directly to the Haidong Gumdo program. Students that ask about things like body mechanics, breathing, focus, etc. are sometimes overwhelmed with the information shared - in a good way! Master Koivisto can often relate martial arts philosphies or techniques to other familiar activities or situations to each student to provide the best training possible to them. 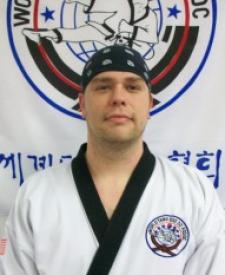 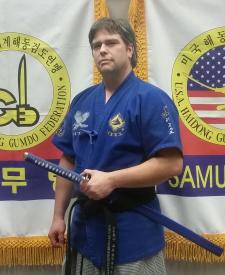