Carey R. Peterson started his martial arts journey in the spring and summer of 1987. He had just enlisted in the U.S. Army’s Military Police Corps, and wanted some self-defense training. So, he enrolled in classes with Karate North, in Grand Rapids for a couple cycles of Tae Kwon Do, prior to leaving home.

After a significant time away from the Iron Range, Mr. Peterson and his family (wife and two of three children; their oldest son joined the military) returned to Minnesota in November of 2011 and established a home and small hobby farm, in Eveleth. After his second son moved on from the home, Mr. Peterson started looking for something that would keep him busy and get him re-balanced. With support from his wife, he and their daughter joined Range Martial Arts in May of 2018. Mr. Peterson earned Cho Dan in October 2021 and was certified as an instructor in November of 2022.

Mr. Peterson takes his martial arts training seriously; he believes the five codes, the seven tenets, and fourteen attitudes of Tang Soo Do are extremely important to live by; inside and outside the studio. Doing the right thing is done when no one is watching. He believes a student should give honest efforts to improve themselves, set goals, and strive to help others when and where possible.

If you are looking for a personal challenge, Mr. Peterson invites you to join the Resurgence Martial Arts team and learn new skills. You will reap the benefits of the work you put forth. Do something new for you and your family. 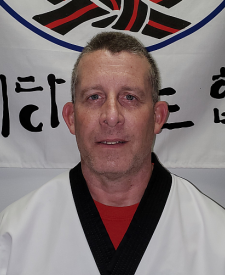